Small Business Nominations Coming Down to the Wire 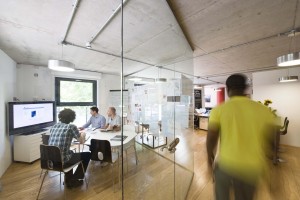 Spring is almost here and that means the Small Business of the Year Award is soon to be in bloom for one lucky business in the River Heights area!  The River Heights Chamber of Commerce has been honoring small businesses with this award since 1989 and its members have been receiving much deserved recognition in the business community during its process.

The Chamber has received some great nominations so far.  Time is coming down to the wire to nominate a business (March 10), so don’t miss your chance!  If you’re a business that meets the following qualifications (see below) or know of a great business that would be an excellent candidate for this award, please nominate them here or complete the online application here!  Nominations are due by Thursday, March 10, 2016 at 3 p.m. and all applications must be submitted here by Monday, March 14, 2016.


No matter if you’re a small business or not, we hope you will join us to celebrate the winner and the importance and vitality of small businesses in our communities at the Small Business Award Luncheon and Trade Show on April 14, 2016.  Click here for more details of the event and to register to have a booth at the Trade Show to market and promote your business!

Qualifications for the Small Business of the Year Award:
Business must meet the following qualifications to be considered.

Congratulations to previous recipients who have been recognized with this award: